Recently video technology has been one of the major talking points in the footballing world, but is it needed or would it make football come across as a computer controlled sport.
The issue arose when France faced off against Republic of Ireland in a World Cup Play-off match where Thierry Henry famously gave France a "helping hand" into the World Cup group stages. It was called for again in the World Cup round of 16 when England faced Germany and with the game balanced on a knife-edge, Frank Lampard's shot bounced down off the underside of the crossbar and then made contact with the ground two foot past the goal line. Germany went on to win the match 4-1.
With football being one of the richest sports worldwide why is it technology hasn't yet appeared. One of the reasons given by Michel Platini and Sep Blatter are that it would turn football into "Playstation football''. But in my opinion why not it could make football a fairer game, it could help cut out diving in the modern game and see closer and tighter games hopefully resulting in the leagues becoming closer and more exciting.
Video technology is used in American football, Cricket, Tennis, Rugby and occasionally in Golf so why does football not take advantage of it. Every match a team would have three appeals and every time you successfully use an appeal you get to keep it, however when you unsuccessfully appeal you lose that appeal, when an appeal happens the referee looks up to the big screen to see the replay of the event on different camera angles taking place and can decide what action or decision to take.
So Sep Blatter and Michel Platini could really have a look at the idea of Video technology in football at their next meetings, and help sort out any issues that happen in the game like the horrendous dive from Kirk Broadfoot in one of the biggest games in Scottish football the Old Firm derby between Rangers and Celtic on Sunday.
Posted by The Captains Armband at 18:51 1 comment:


Jack Wilshere
Due to copyright issues for the picture and profile on Jack Wilshere please click this link: http://www.arsenal.com/first-team/players/jack-wilshere

Heineken Cup Rugby - Who is expected to qualify (pools 1&2)

It would seem in this pool that the teams to progress really should be Cardiff Blues and Northampton Saints, but Castres have played reasonably well and having  already played against Northampton and Cardiff beating Cardiff and losing to Northampton, they should be able to pick up some points against Edinburgh. But for Edinburgh to qualify they are going to have to win almost all of the remaining matches and pick up as many bonus points as possible on the way. The next two matches for Cardiff Blues could be crucial as they are facing Northampton Saints back-to-back. 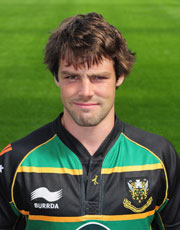 In this group there is obviously a stand-out team which is Leinster but for the other teams it is a good group to be in as they all have a chance of qualifying. Leinster have played well and won all of there games so far, however for Racing Metro they could still go top of the group as they don't have to face Leinster until the penultimate game of the pool and with a helping hand from Clermont they could win the pool before the last game of the pool. But Clermont will still want there share of the spoils and will try to exploit the fact that they have Leinster up next as an advantage so that they can have a strong finish. Saracens may have there own shout in this pool with winning crucial games to help other teams including themselves shoot to the top of the table.

FOR MORE INFORMATION ON POOL 2 PLEASE VISIT
http://www.ercrugby.com/eng/matchcentre/heineken_cup_pool_two.php
Posted by The Captains Armband at 08:50 No comments:

In the coming weekend there is a few mouthwatering clashes taking place around the world here are my 'Top Matches'.

1. Celtic vs. Rangers:
Every old firm derby is a brilliant occasion, but this match will have some extra spice in it as both teams are top of the SPL with the same amount of points and only seperated by one goal on goal difference.

2. Manchester City vs. Arsenal:
Manchester City won 4-2 in the corresponding fixture last year but Arsenal have seemed to progress after the summer signings of Marouane Chamakh and Sebastien Squillaci, but they still have the goalkeeping crisis on their hands, but Manchester City have bought well in the summer and won big games this season like the excellent 1-0 win against Chelsea earlier on in the season at home again.

3. Fenerbache vs. Galatasary.
The big match in the Turkish fixture is between the two most successful Turkish clubs in history.... enough said.

4. Hamburg vs. Bayern Munich.
With Hamburg trying to get a European spot and Bayern struggling to get in the top half this could be a big match between two pre-season title contenders.

5. Sevilla vs. Bilbao.
Both teams could go up from seventh and eighth up to fifth in the league if they win and as many matches are postponed this could be the opportunity for clubs in the Top 8 to mount pressure on Barcelona, Real Madrid and Valencia all of which aren't playing this weekend.
Read more »
Posted by The Captains Armband at 17:40 No comments:

In the first issue of scouting report we uncover the Chelsea youngster Joshua McEachran.

Name: Josh McEachran.
Age: 17 years old (1st March 1993).
Born: Oxford, England.
Position: Midfielder.
Club: Chelsea.
Did you know?: He made his Chelsea debut against MSK Zilina in the Champions League in the group stages in mid-september, coming on as a second half substitute, also he was the first player to play in the Champions League, who was born after the tournament first began.

If you know a player who the scout could review please comment.
Posted by The Captains Armband at 15:54 No comments:

We all want to be able to see the International fixtures played alongside with the Premier league fixtures at the same time, but as the certain clubs would complain due to lack of player quality, This idea could be a genuinly good idea for the majority of the club and it could bring in the elusive winter break in the Premier league calendar.

We all hope to see a more interesting Premier league title race each year but always end up with the same result... Arsenal and Chelsea start superbly with Manchester United trailing, then United come strong with Arsenal dropping off in the last ten games and then going down to the last few weeks with United or Chelsea winning the title. But if they were to play two matches during the international break these matches could be more interesting and change the mindset and tactics of teams immediately. The FA could make the fixtures during the international breaks more meaningful to the lesser teams like the newly promoted teams or constantly struggling teams. As the countries around the world are trying to emulate the success of the German youth systems for the future this could be the perfect solution. Seeing as the clubs would be lacking in players to fill there squad  they would have to turn to youth talent unless they decide to forfeit the match, maybe there wouldn't be as many fans there but it could help there experience, which was proved when Jack Wilshere went on loan to Bolton to gain some invaluable experience.

The votes  from the clubs may be low if the rule came into place we could see the Everton's and the Fulham's of the Premier league pushing for Europe consistently and survival for the Blackpool's and Wigan's.

For a new Premier league this could be the way to look for a breakthrough in a constant variety if surprising results.

Posted by The Captains Armband at 23:17 No comments:

In the summer the Liverpool fans must have been loving the news they were hearing, Rafael Benitez leaving and the proven Roy Hodgson coming in to replace him (as he had a reputation at Fulham for getting the best out of what he had), Joe Cole, Milan Jovanovic, Raul Meireles and Paul Konchesky all came in on reasonable fees. But how would they fare in their much awaited clash against Arsenal?

http://www.flickr.com/photos/david-paredes/4917753387/in/photostream/
Please have a look at this picture of Steven Gerrard taking the free-kick in stoppage time.


In the first half they may have felt hard done by by referee Martin Atkinson to send off Joe Cole on his Liverpool debut after a dangerous tackle on Laurent Koscielny who had to be stretchered off. But minutes after the restart that anger would have faded into the back of the memory of the Liverpool fans, as the half time substitute David N'Gog made an immediate impact by smashing the ball past Almunia's near post into the roof of the net in front of the Kop, this sparked more questions about Manuel Almunia's ability to be an Arsenal player. Even with the numerical advantage Arsenal still couldn't find their rhythm as Liverpool carried on created good chances such as Martin Skrtlel's header from Gerrard's free-kick which he really should of buried. Although Arsenal introduced Theo Walcott, Robin Van Persie and Tomas Rosicky they seemed to lack their usual style, quick and accurate passing whilst also missing a source of quick thinking, very able vision, imagination and someone to run the match in the midfield, these all qualities of midfield maestro Cesc Fabregas who was absent from the match.

The most eventful part of the match seemed to be every second after the end of the 89th minute,in the 90th minute yet another appalling mistake from one of the goalkeepers this time Pepe Reina's turn to hide his red face, he misjudged a cross into Maurone Chamakh which he hit into the post it bounced back and as he tried to scoop the ball up it rebounded of him into the open net. Two minutes later Laurent Koscielny the 'injured' Arsenal player made a high tackle on Dirk Kuyt which earnt him a yellow card, from the resulting free-kick Steven Gerrard came close and  forced a decent save from Manuel Almunia, then in the 94th minute Laurent Koscielny stupidly handled the ball which earnt him a unnecessary red card.

After an eventful 1-1 draw both sets fans of may of been pleased with some aspects but let down in others, the expectation from each set of supporters for a good start to the season seemed to be only just satisfied. All in all a scintillating match.
Posted by The Captains Armband at 21:14 No comments:

I have switched my blog name from world football and my URL www.paulscholes18ryangiggs11.blogspot.com.
Posted by The Captains Armband at 22:00 No comments: